The Jus’ Sail crew recently attended the 7th Annual West Indies Regatta in St Barths. This UNESCO sponsored event was extra special this year as it included, on the last night of the St Barths Film Festival, the World Premiere of the Vanishing Sail documentary, a labour of love by photographer and film maker Alexis Andrews. Filmed over three years in Carriacou, Alexis followed the trials and tribulations of master shipwright Alwyn Enoe as he undertook to build one last sailing sloop before he retired. The beautifully shot and emotional story makes for compelling viewing. After going on the film festival circuit the movie will hopefully be on general release late 2015 early 2016, watch this space for news on when you can get to see it. 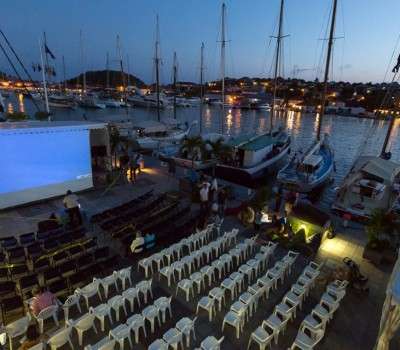 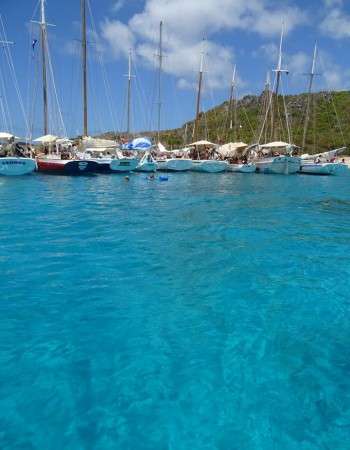 One of the highlights of the West Indies Regatta is the raft up in Colombier Bay on the second day of racing. All the boats come together, raft up, break out the food and drink, jump in the crystal turquoise water and generally make merry… Perfect!